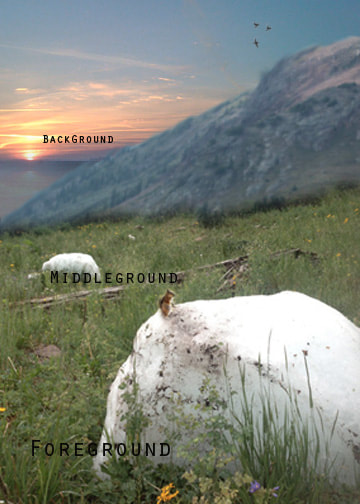 In this project, we learned about scale, proportions, foreground, middle ground, background, different tools in photoshop, zipped files, and extracted files. Proportion and scale were important in this project because it would look weird to have a giant squirrel in the background when in reality it would not appear that big. You want all your objects to be the correct size compared to the other objects around them. We also had to know about foreground, middle ground, and background. The foreground is the front of the picture where the focus is. Middle Ground is in the middle of the picture and is in a little less focus than the foreground. The background is in the back of the picture and is in the least amount of focus. Finally, we learned that a zipped file is when you shrink a file so it will fit somewhere and not take up to much space. An extracted file is a file that has what you need to unzip a file. This project was really hard for me because all these topics were a lot to know. Also making things look real is hard. In this project, the tools that were the most helpful was the pen tool and the magic wand tool. Even though it was hard I had fun with this project.