Adolescence: The Science of the Second Decade

In this project, we learned about the function of Adolescence from a biological and humanities standpoint. On this page, I will only talk to you about the biological side. In biology, we specifically studied mind change and physical change in the adolescent. Ending with the creation of an infographic that fell under this umbrella. I chose to create an infographic on Eating Disorders in Adolescence. 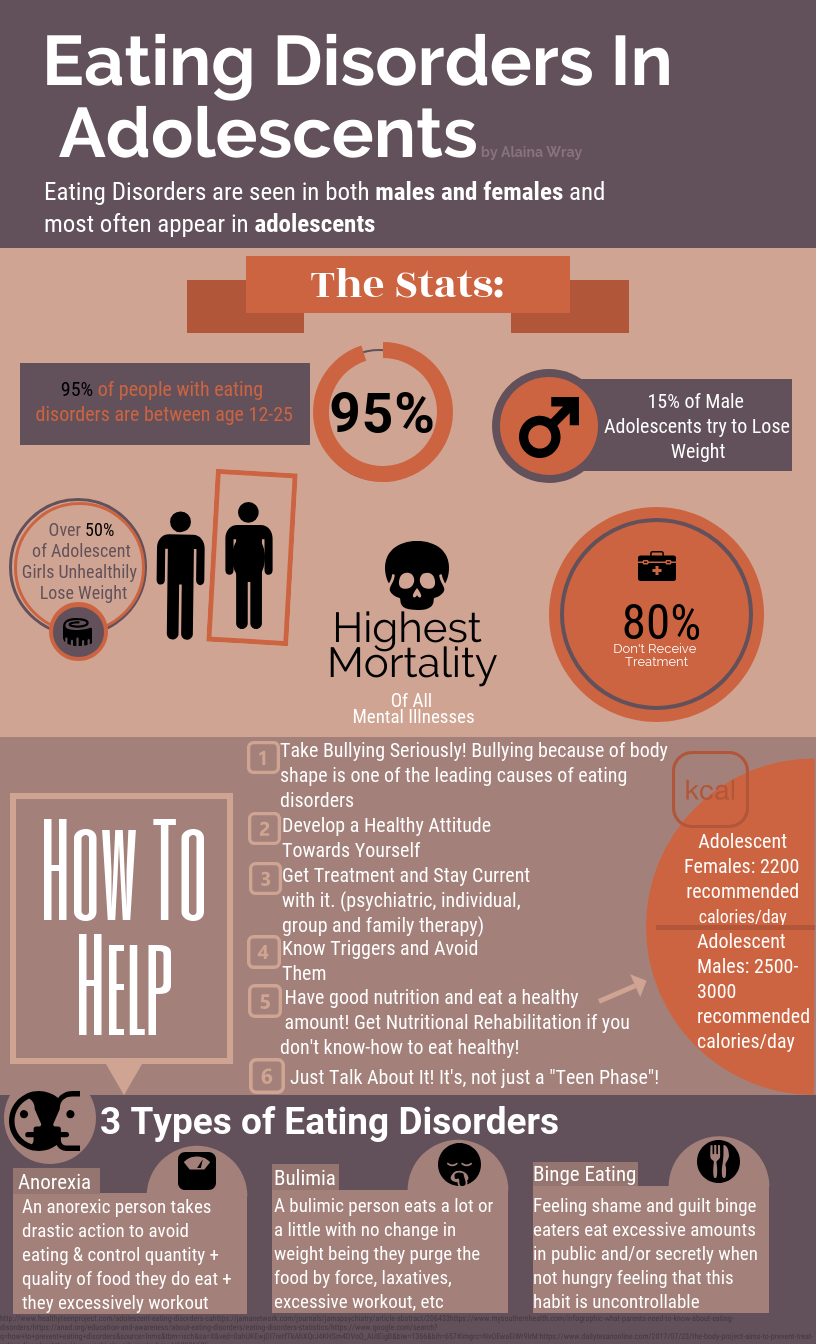 My biggest challenge in this project was coming up with an infographic topic. I had an interest in a lot of things that there was not much data on. I did end up finding something I cared about, but I found it a few days after a topic was due and had to work on it over the weekend. That was the hardest part of this project. Next time I will take the time the brainstorm at home and bounce ideas off of people to find an idea quicker.
My biggest success in this project was my final infographic. My final infographic was clear, had great content, and pretty. I enjoyed making it and am proud of it. I think one reason it was pretty easy for me was because I was interested in the topic. As well as from doing practices infographic I could see what I needed to make it effective. Which also contributed to me being proud of it.
If I could do this project again I would have done my practice infographic on a different topic. I did it on how your memory works and that was hard for me to convey on the infographic. I also wish I would have done it on something relating to adolescents. I wish I would have done it on nutrition or about school. Both of these would have been easier to convey and have data on.